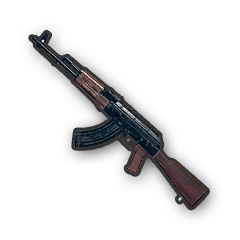 The AKM is an automatic rifle chambered to the 7.62mm casing. It quickly came to prominence in the Soviet Army after being introduced in 1959, and consequently became common throughout the former soviet bloc, as well as throughout Africa and Asia.